– You will need 150,000 Kinahs to enter.
– Once in Catalam, you will have a ticket. This ticket will remain in your inventory for 2 hours and you can enter and leave Catalam without it being destroyed.
– You can use kisk, transformation and PvP transformations, your mounts, items / resurrection skills as well as teleportation skills in Catalam.
– Red Catalam has no point of resurrection. You will need to use resurrection spells or seek the help of another player.
– If you REZ to the obelisk it will make you leave Catalam.

2. Base capture is possible in Catalam.
– You can capture the bases by killing the enemy legate.
– The capture of the base will modify the surrounding monsters by making pop monsters that can be killed only by the faction holding the base.
– The level of the base increases if you succeed to kill the Balaur assassin who tries to capture it.

3. Raid bosses can pop in Catalam.
● Raid Bosses
– Raid bosses appears depending on the state of occupancy of the bases.
– Kill the Assassins to raise the level of the bases. Once a certain number of bases is at level 5, the raid boss will pop near the key points.
– When the Raid boss appear a message is displayed in the chat and on your screen.

● Dominant Raid Bosses
– Dominant raid bosses appear based on the number of bases captured by factions.
– Look on your map the number of bases captured by your faction at a specific time and a boss will appear in Catalam for the faction occupying the most bases.
– You must at least have 1 base captured for a dominant to pop. If both factions have the same number of bases then the dominant boss will not pop. A boss appears for the faction that occupies the most bases every 10 minutes.
– If a dominant boss appears in Catalam, then a global message will be displayed to warn all players on the map.

● Random Raid Bosses
– Some bosses appear randomly in Red Catalam no matter the state of the bases.

– Alchemium keys can also be obtained in the following instances.

5. You can get ultimate weapons in Red Catalam.
– You can get ultimate weapons in Treasure Chests that appears at specific places of Catalam each time.
– You can select the weapon of your choice. These are extremely powerful. These weapons are automatically destroyed if you leave Catalam.
– The weapons have a life of 2 hours. Once this time has passed the weapon is automatically destroyed.

1. The “Orbis Training Center” has been added in the basement of Stellusia.

– You can duel here regardless of your faction!
– You can return to the entrance via the teleporter on the main square of Stellusia.
– Free Soul Healer and Transparency Transformation NPC are available to players in the Training Center.
– You can get a transparency transformation from the NPC with Stellium. You can receive the new legendary transformations as buff.

2. If you are level 76+, you can choose to REZ from the Orbis Training Center to the location you want, except for instances.

1. Benirung’s Mansion has been added.

4. XP of instances and monsters lvl 76 and less has been reduced.

6. You can get equipment boxes, in the hidden treasure chest of Narakkalli / Narakkalli of the opportunity (PCBang).

1.The TimeTable of Lakrum / Dumaha / Divine RvR has been modified. 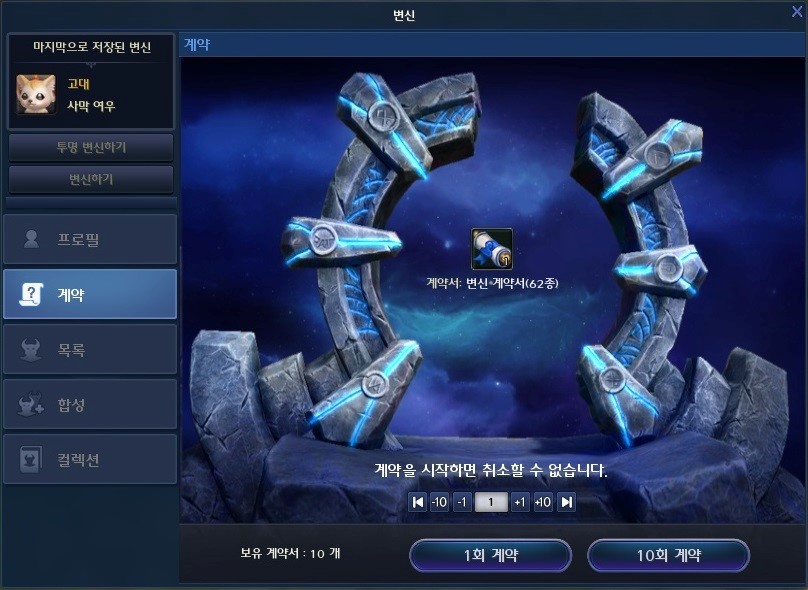 – Added +1 and +10 contracts. this allows you to add / remove many contracts in one go. 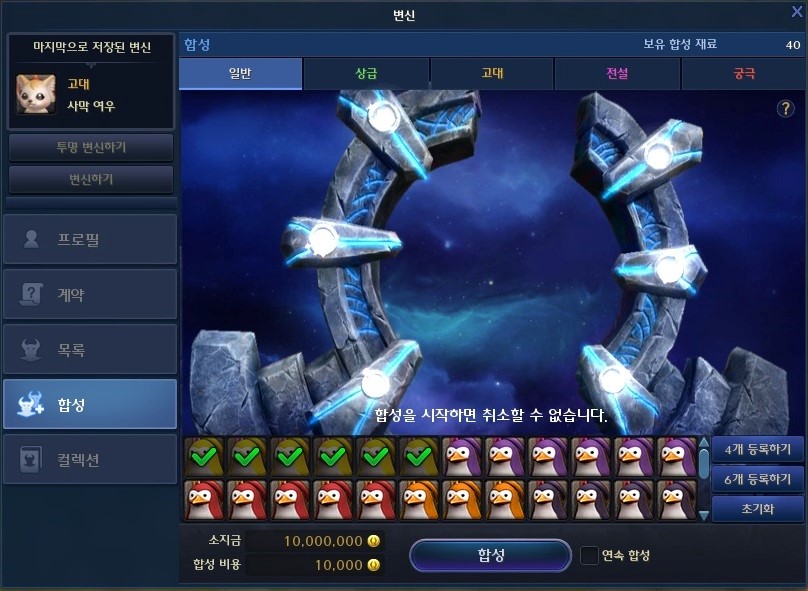 – Redesign of the transformation Fusion interface.
*If you check the continuous Fusion button, you can Fusion loop transformations without having to click.
*Press the “pass”, “next merge” buttons to go even faster. 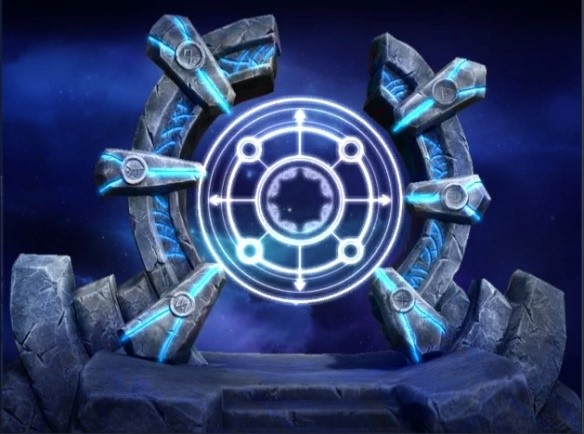 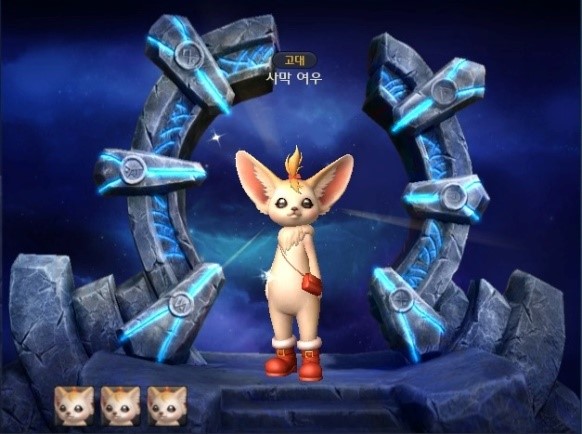 – The results of your contracts are displayed at the bottom of your window. The resulting transformation is displayed in the middle of the screen.

3. The way the effects of transformation collections are applied has been changed. 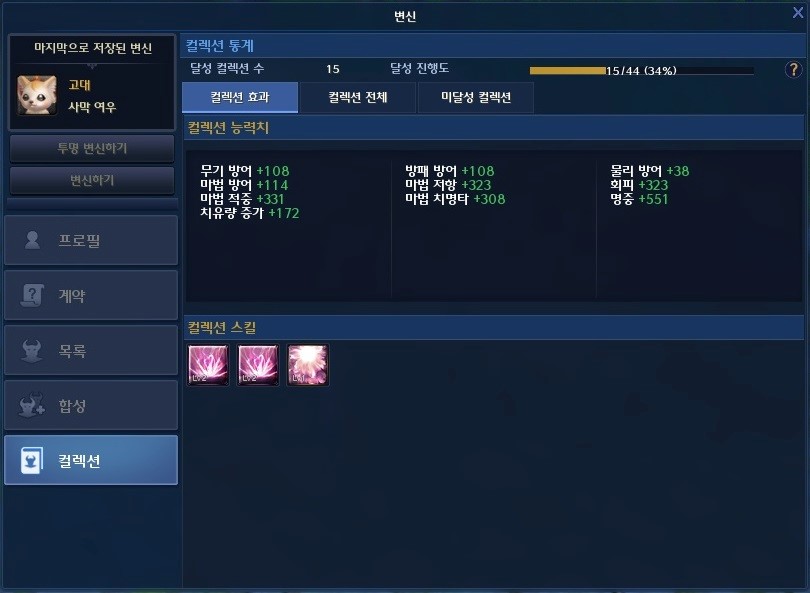 – All the effects are now applied to your character, no more 6 effects only.
– Applied collection skills are now the ones with the highest level you have.

4. Change in the price of fusions according to the grade of the fused transformations.

5. New animations and effects when you use an Ultimate transformation has been added.

6. The voice of the character changes now, according to the gender of your transformation.
– If the transformation is transparent, then the voice does not change.
– In some situations like the cutscenes the character’s voice may not be changed. 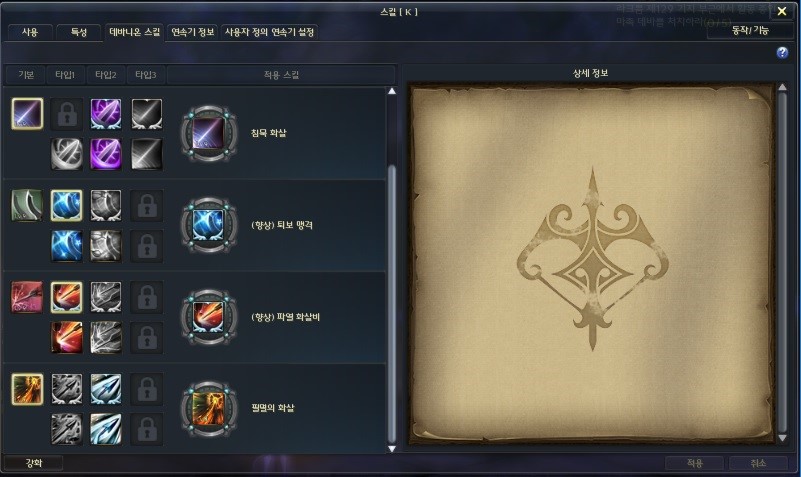 1. The number of items that can be sold to Legion Merchant NPCs that appear when Apsu protection is enabled is now limited.

1. Activation effects of Cubes on servers has been changed.

1. New “Guide Missions” added.
– These missions can be done from level 76+ and relate to the growth of the character and the core of the game.
– You can find a new tab in the quest window named [Guide].

– By completing the Guide missions, you will get equipment.
– Guide missions will only be available for a certain period. (From May 22 to June 12, 2019 KR Only).

2. Random rewards for quests have been improved. 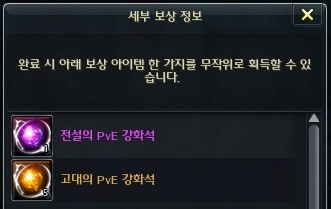 – If you click on the small icon “?” in the quest window, you can find out what random rewards you can get.

3. Improvement of progress of some Lakrum quests to make them easier.
– You can now use the Immediate report button for most of the quests.
– The number of repetitions of some weekly quests has been changed, and can now be obtained / completed via the garrison’s NPCs.
– Once level 80 is reached, all quests below level 80 are automatically invisible.
– NPCs have been changed according to the type of quest Instances, Battlefield, leveling etc.
– The number of repeatable quests in some instances has decreased to 2 per week.
– Rewards for some quests have been improved
– Modification of the rewards of some PvP weekly quests in Lakrum.

4. Separation of the Stella Development Lab (Easy) and (Normal) quests.

9. Lakrum Enchantment Stone’s initiation quests will no longer be available from now on.

11. Legion tasks have been re-organized to match the new content.

12. Taloc’s hollow and Nightmare Campaign quests have been modified from mandatory quests to optional quests.

13. Correction of the typo / progress of some quests.

1. The configuration of Daily / Weekly lugbug missions has changed.
– Now you can no longer perform weekly missions from level 1 to 75.
– You will be able to complete lugbug’s weekly missions, only once your character is level 76 and more.

1. The new “Blood Set” a PvP set that can be obtained in Catalam has been added.
– You can get parts of the Blood Set from the Ancient / Legendary / Ultimate “treasure chests of the legion” in Red Catalam.
– You also have a chance to get parts of the blood equipment from the boxes at the NPCs (quartermasters).

– You will need Battle Medals to buy the treasure of Catalam.
– Battle Medals can be obtained via quests and Raid Bosses of Red Catalam.
– By merging 10 seals of blood you can get 1 Battle Medal, You can get these seals on Blood Monsters and around Catalam Bases.
– The treasure chests of Catalam can be disassembled up to 5 times into 경험의 증표 .
– ‘경험의 증표‘ can be made with “전투 경험 추출기” sold by Catalam merchants.

3. The number of stuff you can get in some instances has been reduced.

4. The price of some items in the shop has been reduced. (KR only).

5. The amount of Enchantment Stone Boxes you can purchase from the “Administrator for special consumables (Genesis Crystals)” has been reduced to 5 per week.

1. After opening the Trade Broker window, you can no longer select the unsellable items in the auction house.

3. New Tips system in game added.
– Tips are displayed every 30 minutes in the chat window.
– These tips are only visible if you check the tips feature in the chat settings.

4. Tooltips for some items / features have been improved.

5. The display of the weapon stats in the profile window has been changed. (Separation of the right hand / left hand).

1. Fixed a problem when the player modified a key to use the “Y” key instead of the basic key. It resets itself. 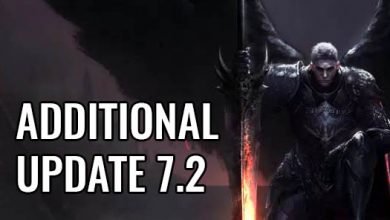 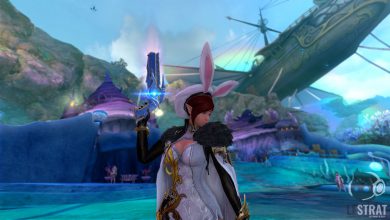 Ultimate Weapons of the Catalam Protector