Fight with a meow fury by choosing the Summoner
The Summoner and their Familiar are a purr-fect team that always fights together. The Familiar engages with opponents in melee, drawing their attention, while the Summoner attacks from a distance.

The majority of the Summoner’s skills are control-focused—they keep the opponent rooted in place for their Familiar to shred. Because the Summoner is more susceptible to damage than their Familiar, they also have defensive skills that allow for quick escapes if they ever get into trouble.

Due to their strong affinity with nature, the Summoner’s abilities call upon Earth and Wind elements. Not all skills will have an associated elemental damage, but those that do will have their damage increased with use of the right items; so building a focus around these damage types is advantageous in the long run—especially as you get to end-game dungeons.

Some say a Summoner is an essential member to any party. While their defensive skills can be applied to party members—helping protect the more vulnerable from harm—they are also the only class that has group healing abilities. With the benefit of their Familiar, the Summoner is also readily capable of dealing with additional opponents while a boss or other primary target is being engaged. In the right hands, the Familiar can display paw-some defensive capabilities; expert Summoners can easily solo content that would normally require additional party members.

In Arena PvP it’s tempting to specialize in pure damage-dealing, but a skilled opponent will commonly bypass the Familiar to focus on the defensively in-fur-erior Summoner—avoid a cat-astrophe and be sure to still consider focusing on defensive skills.

By forcing your opponent to use their defensive escapes early on with your Familiar’s abilities, you can lock them down quickly with the Summoner’s movement-hindering skills, and then unleash the power of your Sunflower to finish them off—leaving them to exclaim “You have cat to be kitten me right meow!”

Races who can play Summoner class.

Each class can master two elementary affinities, Summoner can master Earth and Wind. 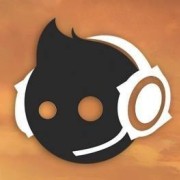